Please leave your details in the form below and we’ll be in touch to arrange a convenient time for you to visit.

If you'd like to improve your skin or enhance your wellbeing, welcome!

Feel free to read about what we do or, if you'd rather discuss how we can help you, we'd be delighted to chat.

Please call or email us or pop your details below:

Mr Richard Young has trained in some of the world’s most renowned hospitals and is now one of London’s most eminent surgeons practising at some of the most prestigious private hospitals in London. He specialises in facial and aesthetic surgery. Mr Richard Young is an established surgeon who is based in Central London. Mr Richard Young studied medicine at Oxford and Cambridge Universities. After qualifying he returned to teach at Cambridge University and tutor at Downing College before starting his general surgical training at Frenchay Hospital in Bristol.

Mr Young passed the Fellowship exam of the Royal College of Surgeons of England (FRCS) in 1997 and subsequently started his Plastic Surgery training in 1998. This was initially in Bristol before going on to complete specialist and higher surgical training in Hong Kong, London and Belgium.

In 2012 he co-founded the leading aesthetic clinic, Waterhouse Young, with eminent surgeon, Norman Waterhouse. Based in the heart of Marylebone, the clinic is increasingly awarded the accolade of ‘best facial in London.’

Mr Richard Young undertakes craniofacial, facial, body cosmetic rejuvenation utilising non-surgical and surgical techniques in addition to adult and paediatric general plastic and reconstructive surgery. He has a special interest in facial reconstruction from birth defects, skin cancer and trauma. In addition to this he cares for patients with facial palsy. He is a core member of the Skin Cancer Team at Chelsea and Westminster Hospital and works closely with consultant colleagues in oculoplastic surgery, ENT, maxillofacial and neurosurgery. 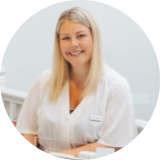 We’d love to welcome you for a no-obligation consultation to answer any questions you may have.  Please don’t hesitate to book.

Join our newsletter to get top WY tips, offers and updates.