Please leave your details in the form below and we’ll be in touch to arrange a convenient time for you to visit.

If you'd like to improve your skin or enhance your wellbeing, welcome!

Feel free to read about what we do or, if you'd rather discuss how we can help you, we'd be delighted to chat.

Please call or email us or pop your details below: 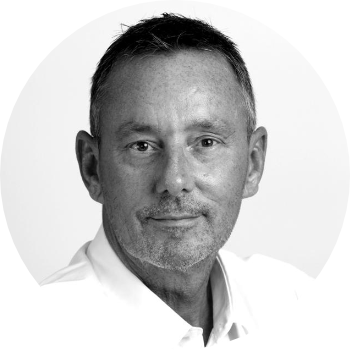 Norman Waterhouse graduated from Birmingham University in 1978. His early surgical training took place in Cambridge and Bristol and in 1982 he became a Fellow of the Royal College of Surgeons of England and the Royal College of Surgeons of Glasgow. His higher surgical training in Plastic Surgery was carried out in Bristol and London as well as periods spent at specialist centres in Bordeaux, Tokyo and Adelaide. In 1988 he gained the Specialist Fellowship in Plastic Surgery (FRCS(Plast)).

He was appointed as a Consultant in Plastic and Reconstructive Surgery to St Bartholomew’s Hospital and the Royal London Hospital in 1989. He was subsequently appointed as Lead Clinician and Direction of the Craniofacial Unit at the Chelsea and Westminster Hospital, treating all formal of facial conditions. His interest in facial surgery constituted the majority of his NHS practice. In 2005 he resigned from the NHS and is now in full time private practice, where he undertakes all forms of cosmetic surgery in addition to reconstructive and facial surgery. He has published over fifty papers in the medical literature, and has an active research and teaching profile. He has supervised undergraduate degree courses in conjunction with the Imperial College of Science Technology and Medicine. He is frequently an invited speaker and member of expert panels on international courses and conferences on facial aesthetic surgery. He has a national and international profile in facial rejuvenation. He has served as a member of the Editorial Advisory Board of the British Journal of Plastic Surgery.

In 2003 he co-founded the charity Facing the World (www.facingtheworld.net) treating children from developing countries with a wide variety of congenital facial conditions. He has travelled to Sri Lanka, Ghana, Saudi Arabia, Qatar, Ethiopia and Nicaragua treating children with cleft lip and palate and other major facial conditions. In 2012 he co-founded the leading aesthetic clinic, Waterhouse Young, with fellow surgeon, Richard Young. Based in the heart of Marylebone, the clinic is increasingly awarded the accolade of ‘best facial in London.’

Mr Waterhouse is a volunteer with Operation Smile travelling to developing countries worldwide offering cleft lip and palate surgery to children who would not otherwise be able to access surgery.

The Aesthetic Surgeons Limited has a well established dedicated team with a long tradition of providing excellent patient care. You will be offered the highest standard of independent advice, treatment and aftercare.

We’d love to welcome you for a no-obligation consultation to answer any questions you may have.  Please don’t hesitate to book.

Join our newsletter to get top WY tips, offers and updates.